Yuta Sugano has been servicing pianos for over a decade. In 2008 he apprenticed with the Piano Technology Department at the Oberlin Conservatory of Music. There he was trained to tune, regulate, repair, and rebuild keyboard instruments including the harpsichord, fortepiano, as well as the modern piano. In 2009, he rebuilt his own 1966 New York Steinway model L piano, with which he gave a recital upon completion of the project. Yuta was the first pianist in the conservatory’s history to have achieved a project of this kind. Continuing his training in piano technology at Michigan, he was employed by the University’s Piano Technology Department in 2011. His responsibilities included tuning and maintaining practice room pianos and participating in various rebuilding projects. Yuta has been guest artist and speaker at the C. F. Theodore Steinway Technical Academy at Oberlin College every summer since 2009, presenting on the differences between New York and Hamburg Steinway pianos.

Teachers and mentors include John Cavanaugh, Robert Murphy, Ken Sloane, Robert Grijalva, Norman Vesprini, and Vince Mrykalo. Yuta has participated in the classes of Eric Schandall, Kent Webb, and Ed Wedberg. Some of his rebuilding experiences include stringing, soundboard repair, bridge-cap notching, refinishing the plate, lyre repair, and hanging hammers. Yuta’s research interest focuses on the development of pianos, relationship between instrument and performer, and perception of touch and tone. For his lecture recital and doctoral document at the University of Kansas, Yuta presented on the importance of informed piano selection for performers, titled “The Best of Both Worlds: The Art of Selecting New York and Hamburg Steinway Pianos Based on Repertoire”. He is passionate about sharing with the pianists the intricacies of the very instruments on which they play, and also communicating with the technicians about tone and feel from a performer’s perspective. Yuta believes mutual understanding and respect among pianists, technicians, and builders are essential for experiencing the complete art of the piano.

A member of the Piano Technicians Guild, Yuta Sugano is a graduate of Interlochen Arts Academy, Oberlin Conservatory of Music, B.M., University of Michigan, M.M., and University of Kansas, DMA. 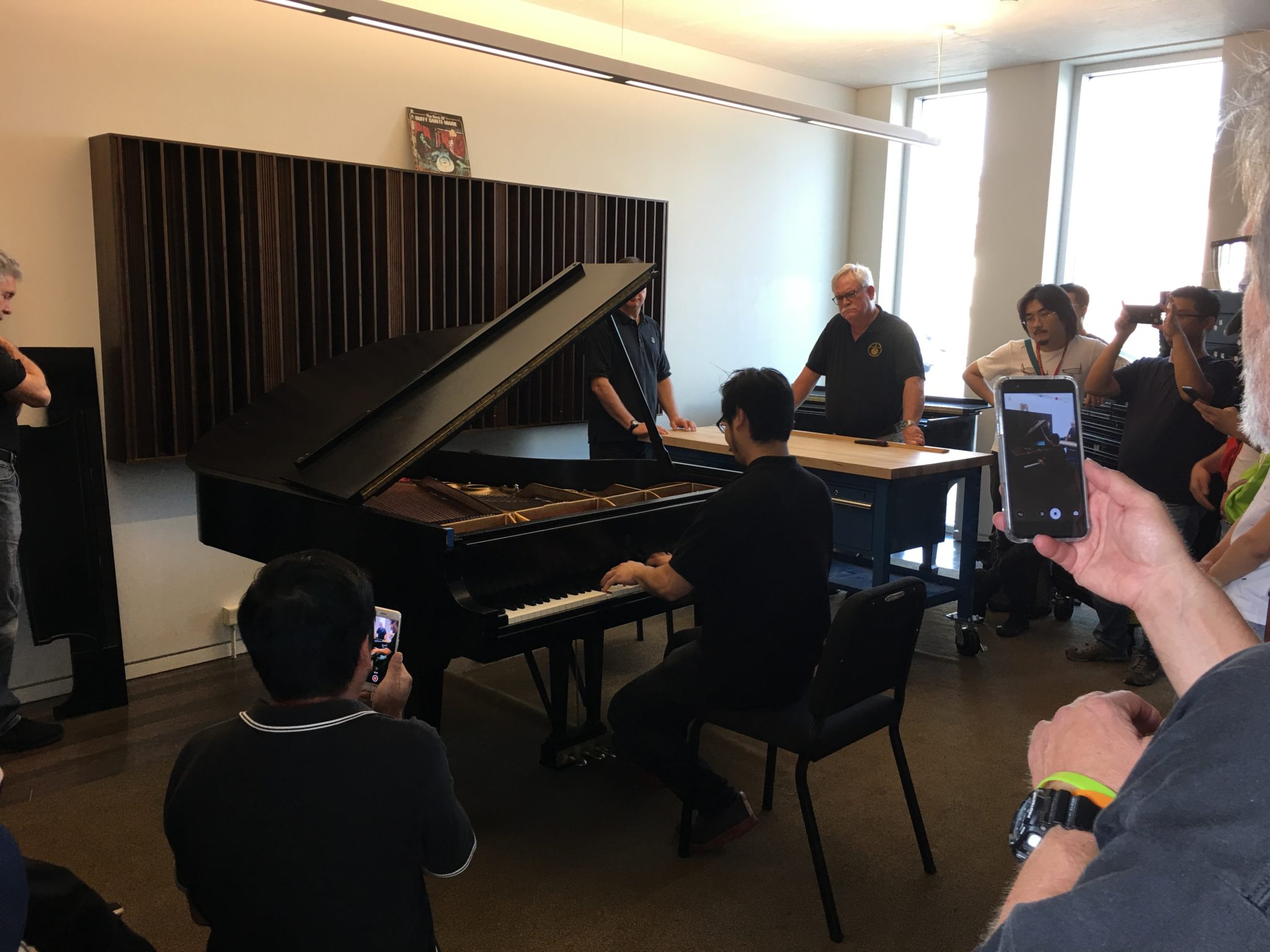